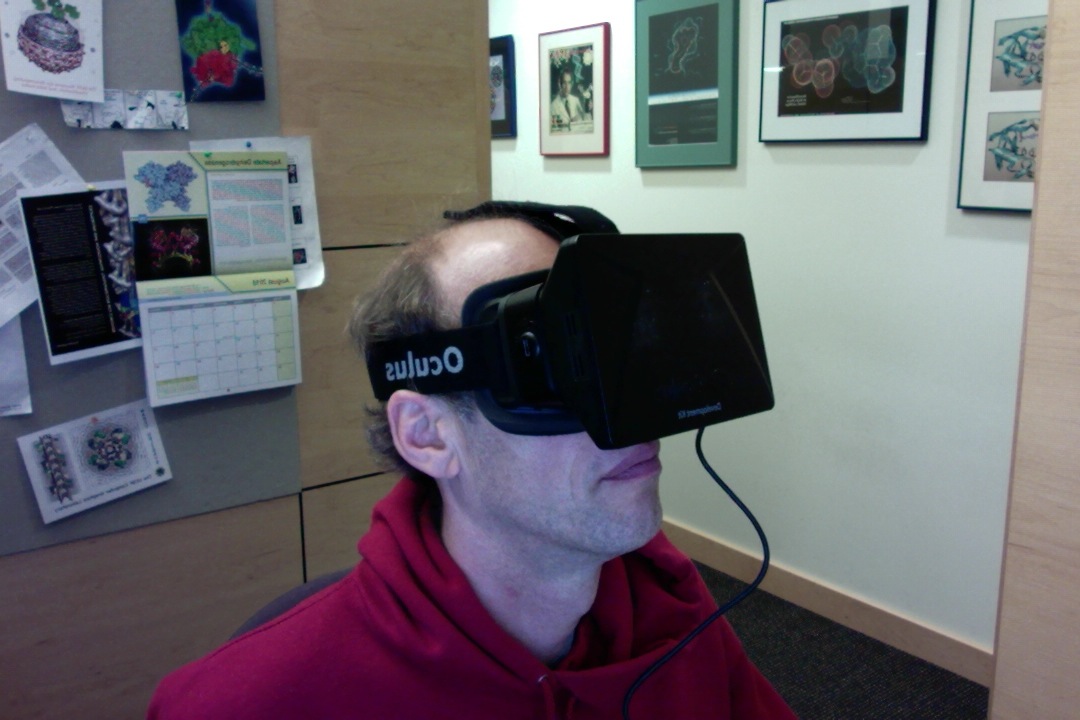 Molecular visualization and analysis typically looks at molecules from the outside. Views of the guts of a molecule are often obtained by clipping away part of the structure. An alternative is to view the molecular structures from the inside, an immersive view. A wide field of view is useful since the molecule is then all around the viewer.

Oculus Rift is an inexpensive ($300) stereo goggles that provides a wide field of view, ability to look in any direction by turing your head and full depth perception. It is currently only available as a software developer kit, with an expected release of a consumer product late in 2014. 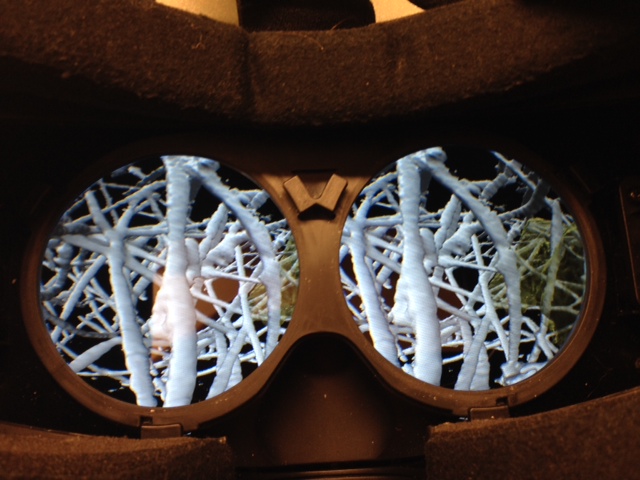 We added Oculus Rift head tracking and stereoscopic rendering to our next generation Chimera software, and tested it on views inside the influenza M2 ion channel (PDB 2kwx) and also of macrophage cells moving in a network of collagen filaments. We also enabled flying around inside the structures using a 6-degree-of-freedom Space Navigator device. The rendering code does optical corrections for the Oculus that we describe in another report.

The illusion created by the Oculus Rift that molecules or 3-d microscopy tangibly surround you is very strong. Users are prone to point at an object in the virtual scene only to strike a desk, or cabinet or display in front of them. The feel is very different from traditional stereoscopic display with 3d shutter glasses. All of this creates high levels of enthusiasm for both the technology and the scientific data being examined.

The main limitation is that the viewer cannot see menus, dialogs, buttons, command-lines, any of the 2-dimensional controls that would normally be used to analyze the data they are viewing. Merely looking at the data is just a small aspect of the process of understanding it.

Most molecular visualization is for the purpose of doing analysis, such as fitting molecules in electron microscopy maps, and analysis isn't be possible with the Oculus Rift goggles because the typical 2-dimensional windows are not available. For the limited use of showing students, the public, and collaborating researchers interesting new data, the goggles work very well for generating excitement and interest. The consumer version of the goggles and a release of our next generation visualization software is expected at the end of 2014.